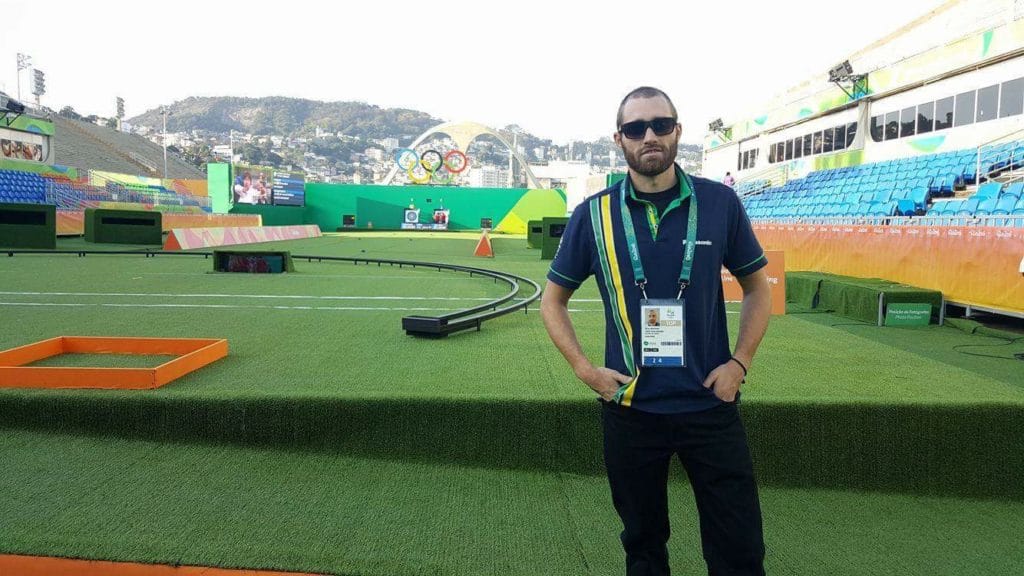 The 2016 graduate says the program help him build a career in digital sports production by not only teaching him video production and graphics work, but because of hands-on experiences such as working at the Winter X-Games in Aspen.

These real-world experiences allowed Aaron to network with other professionals, and helped him land a job working as an LED engineer during the Rio 2016 Olympic Games.

“Networking got me to the Olympics and it will continue to bring me to more great places,” he explains.

Aaron’s venue at Rio was the Sambodromo, which held Archery and the finish line for the Marathon. He called working the Olympics “a dream come true.”

“Honestly, I never thought of it being a possibility,” he says. “Being able to pick the brains of people in higher positions and vast backgrounds is an awesome feeling.”

“Overall, couldn’t have asked for a better gig. Best experience of my life thus far by a long shot, will remember this moment forever,” he says. “And it all came from attending CMC and the Isaacson School, thank you.”