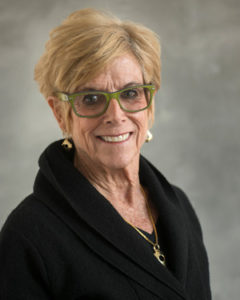 Patty Theobald was elected to the CMC Board of Trustees in 2015. She is also an elected trustee of the Upper Blue Sanitation District, on the board of directors of the St. Anthony Summit Medical Center Health Foundation and board president of the Saddle Rock Society foundation.

Previously, among her many community leadership roles she was chairman of the CMC Foundation Board, on the board of directors of the Women’s Foundation of Colorado and served on the advisory committee for The Nature Conservancy, Colorado.

Since 1999 Theobald has been the finance officer for Theobald Family LLP, for the preservation and renovation of 16 historic buildings in

Breckenridge and the protection of several other historic properties.
From 1990 to 1999 she was the director of the U.S. office of American Mom education consulting.

She has studied early childhood education at the University of Northern Colorado, accounting and education at Colorado State University, and Japan studies, language, culture, business and religion at Teikyo Loretta Heights University.