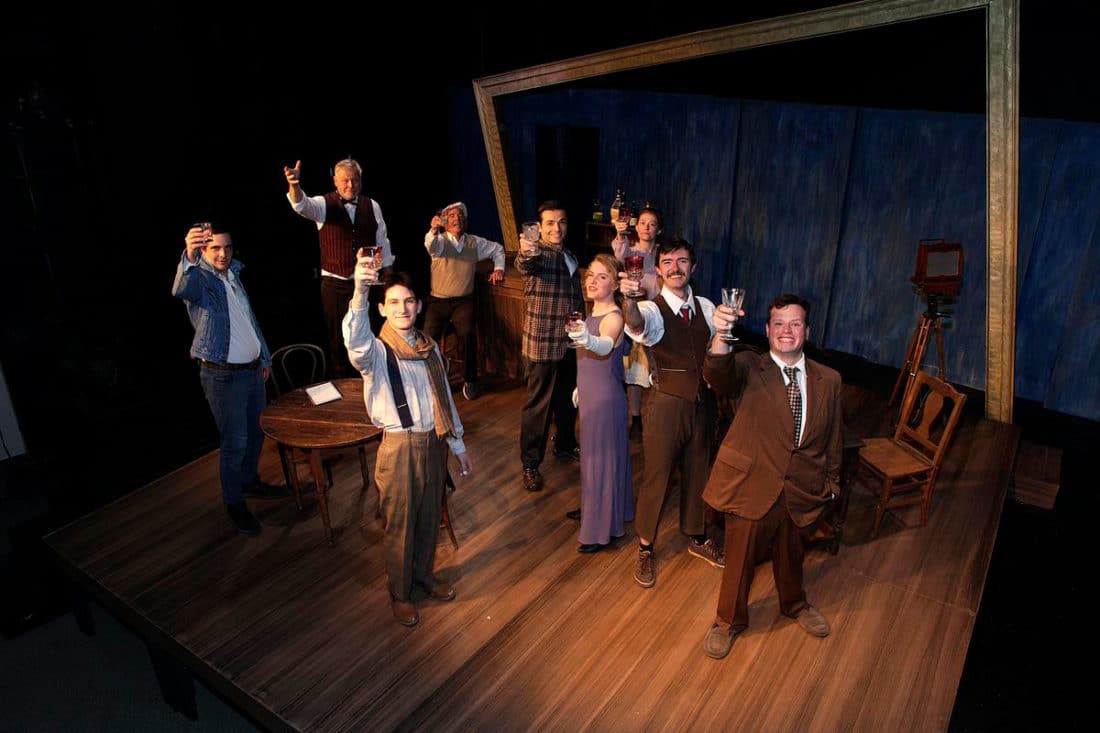 For more information or reservations, please call 970-947-8177 or email svticketsales@coloradomtn.edu. Admission is $20 for adults and $15 for seniors, CMC students and employees.

The Play That Goes Wrong

From Mischief, Broadway masters of comedy, comes the smash hit farce. Welcome to opening night of the Cornley University Drama Society’s newest production, The Murder at Haversham Manor, where things are quickly going from bad to utterly disastrous. This 1920s whodunit has everything you never wanted in a show—an unconscious leading lady, a corpse that can’t play dead, and actors who trip over everything (including their lines). Nevertheless, the accident-prone thespians battle against all odds to make it through to their final curtain call, with hilarious consequences! Part Monty Python, part Sherlock Holmes, this Olivier Award–winning comedy is a global phenomenon that’s guaranteed to leave you aching with laughter!

An original musical based on Mary Shelley’s classic novel begs the question—can you tell the monster from the man? The show opens in the Villa Diodati a summer rental of Lord Byron. On a stormy night Mary Godwin (Shelley) is among a party of Romance era poets and physicians telling stories to pass the time. This brilliant new work tells of the grief that motivates Victor Frankenstein’s work and of the despair and isolation that brings revenge from his creation. Los Angeles based author and composer Carol Weiss will collaborate with the creative artists of the Sopris Theatre Company to bring this original musical to life. 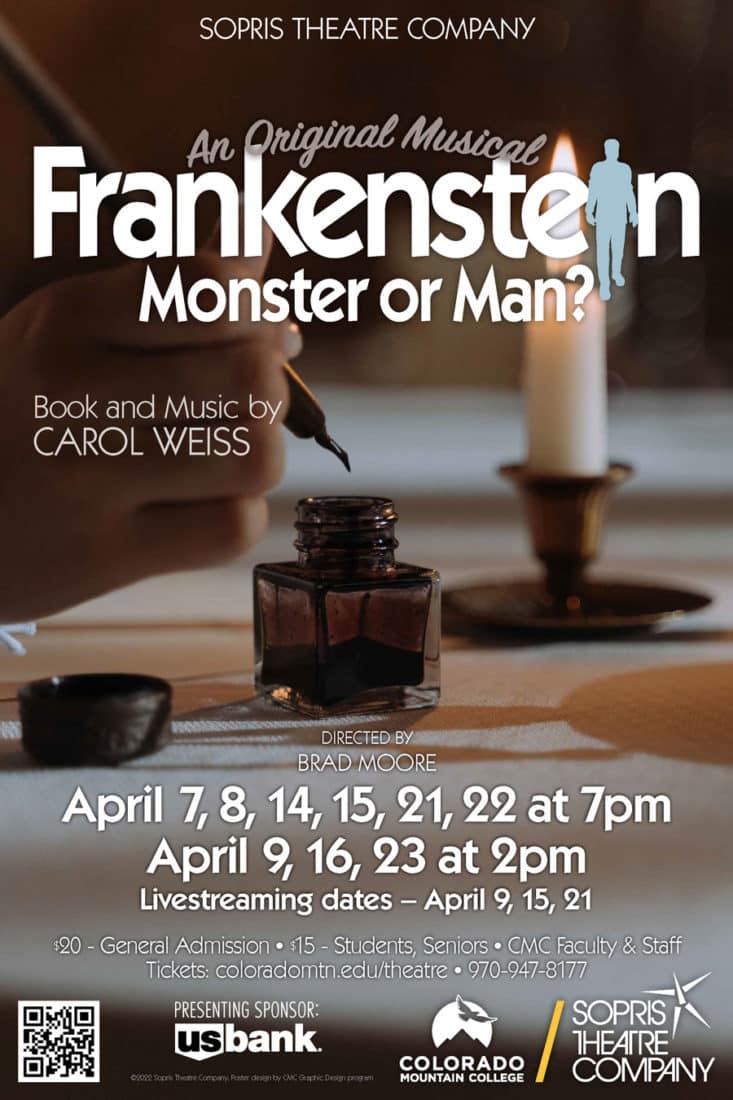 All original works by CMC Theatre students
April 27 at 7pm 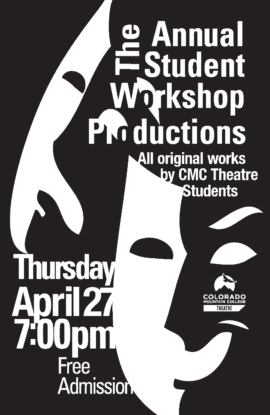