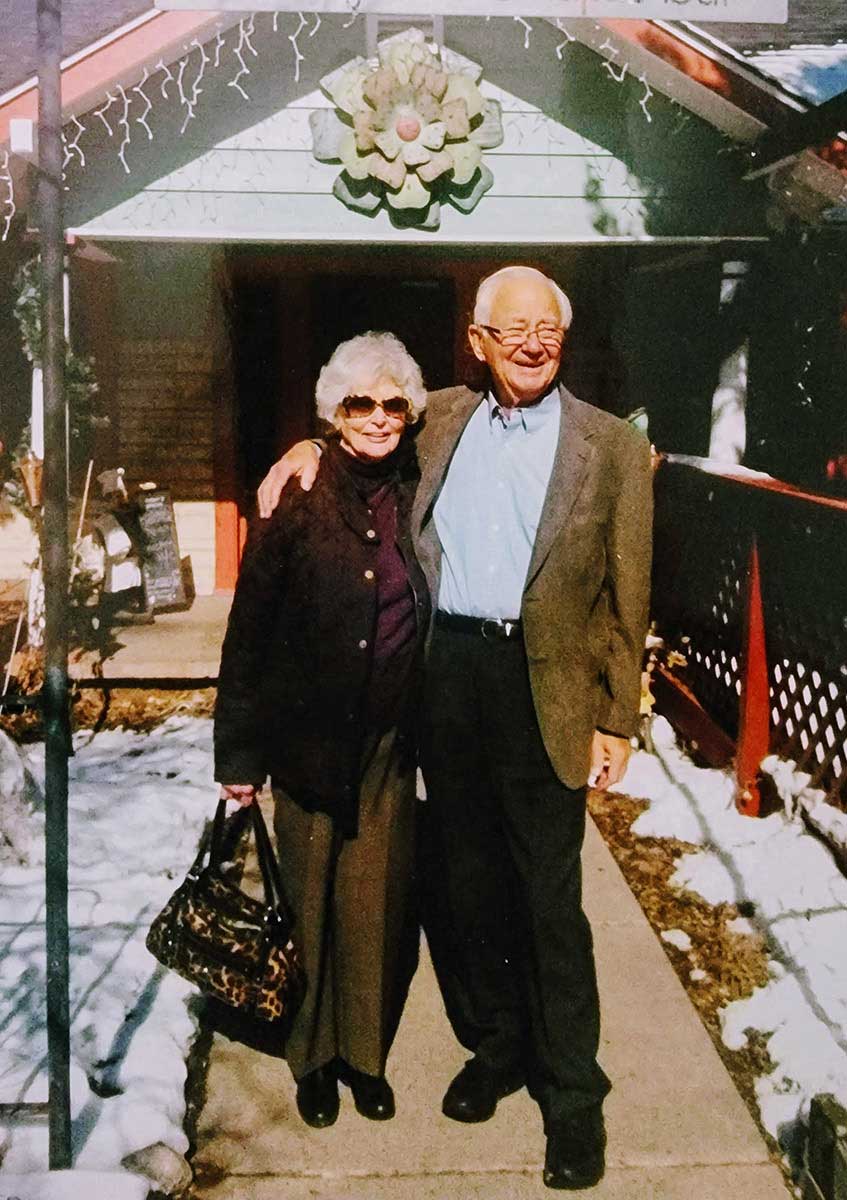 Shirley and Dick Hunt of Carbondale recently passed away within a year of one another after 70 years of marriage. Their belief in the importance of sharing educational opportunities with others came through in a substantial gift from their estate to the Colorado Mountain College Foundation to support student scholarships at Colorado Mountain College. Photo courtesy of the Hunt family

A gift of education

The Hunts of Carbondale leave a legacy at Colorado Mountain College

Dick Hunt, the man who, with his wife Shirley, gave the Colorado Mountain College Foundation $530,000, had a funny habit.

Every morning, he’d walk down the driveway from his 19th century ranch house near the Roaring Fork River to his energy meter to check how many kilowatt hours had ticked by since the previous morning. Year after year, he’d record the numbers in little calendar books.

Like her husband, Shirley had a fastidious streak. Throughout their marriage, she kept meticulous books, balanced to the penny, of the couple’s expenses.

“Mom and Dad lived like they had a lot less money than they had,” said Sue Atkinson, one of the Hunts’ two daughters. “Both of them liked nice things, but they weren’t big spenders.”

The Hunts passed away less than six months apart from one another. Shirley died a year ago, on Aug. 20, 2021, and Dick followed on Jan. 23, 2022. As their estate became settled and news of the Hunts’ gift reached CMC, it was clear that supporting education was vitally important to this generous and thoughtful local couple.

“We are so honored to receive the Hunts’ thoughtful legacy gift,” said Kristin Heath Colon, CEO of the Colorado Mountain College Foundation. “Their generosity will make college possible for so many students."

A legacy of learning

Dick and Shirley understood how difficult it could be to want an education but not be able to afford one. As a child, Dick shuttled between family and friends, and never finished high school, though was accepted into the Missouri School of Mines where he earned a geophysics degree. Shirley attended Washington University in St. Louis but had to leave college to support her family.

“They were children of the Depression,” said the Hunts’ eldest daughter Val Lankford. “They didn’t have much, and yes, education was important.”

Dick’s work as a valued geophysicist changed all that. Because of Dick’s work, the young couple moved dozens of times as Dick became more and more successful. They first discovered and fell in love with the Roaring Fork Valley during the ‘60s and spent many years here, first at a ranch up Cattle Creek and later, on Missouri Heights. The couple retired here in 1977, living full time at the original homestead at the Ranch at Roaring Fork.

“We have an old photo of just the ranch house,” said Lankford. “At the time, the highway didn’t even exist.”

Along the way, the couple contributed their time and money to the Roaring Fork Valley and Carbondale in a quiet, sustained way. Dick served on water boards and participated in community associations, while Shirley volunteered at the library, served on Valley View’s auxiliary board and read to children at the elementary school. The two attended classes at CMC, with Shirley taking Spanish and astronomy, while providing individual scholarships to those in need.

“My parents valued education,” Atkinson said. “They were self-made and self-educated. They believed in learning, whether it was reading a book, watching a program on TV or taking courses at CMC.”

August is National Make-a-Will Month, a coincidental reminder of the Hunts’ thoughtful gift. After providing for their daughters’ families, Lankford said her parents decided years before that a substantial portion of their estate would go to charity. CMC now can provide educational opportunities to those who may be without options, in addition to over a dozen nonprofits the Hunts chose to support.

Through the Colorado Mountain College Foundation it is possible to create a free will. FreeWill is a free online resource that can help individuals create or update a legally valid will in about 20 minutes. Visit the CMC Foundation for more information.