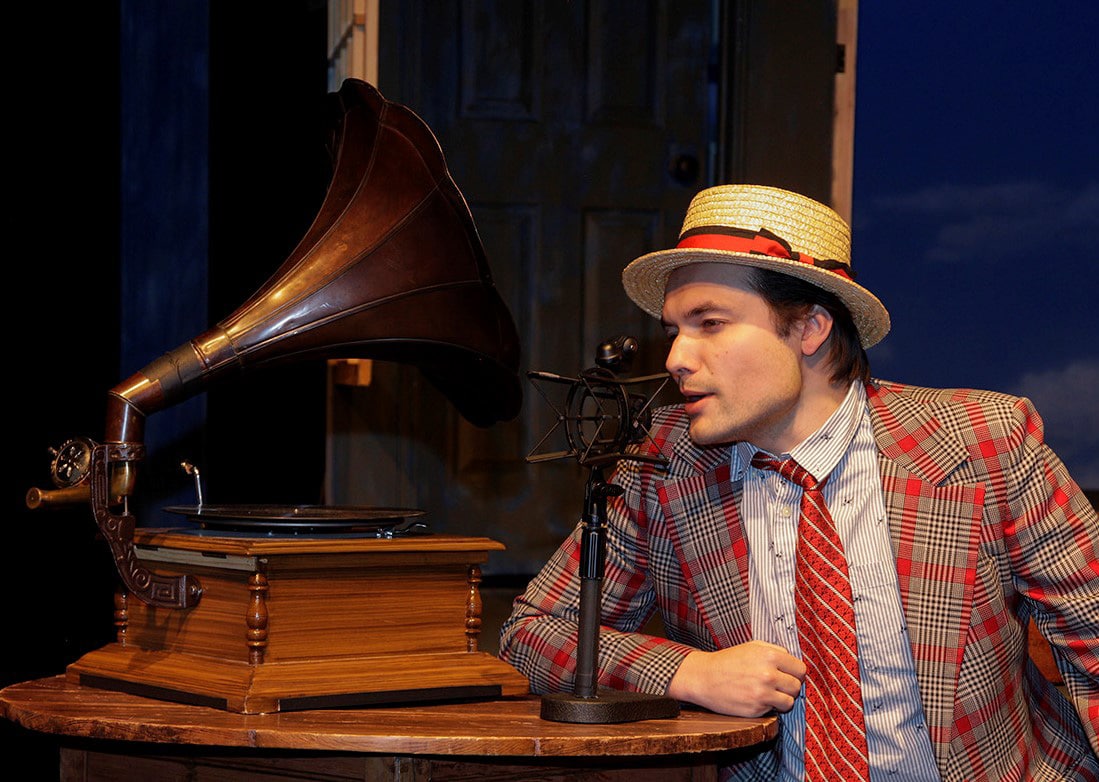 Scott Elmore is in Sopris Theatre Company’s first production of the season, “Voice of the Prairie,” playing Sept. 30 through Oct. 16. Photo by Scot Gerdes

Sopris Theatre begins season with ‘The Voice of the Prairie’

Sopris Theatre Company at Colorado Mountain College will start its 2022-23 season off with “The Voice of the Prairie,” by John Olive. Set in 1895 and 1923, there’s a new kind of technology called the radio, and it’s changing the way that storytellers spin their yarns.

Poppy is an old hobo who tells his stories the old-fashioned way: with his voice. But fast forward a few decades, and a radio entrepreneur discovers Davey Quinn, who’s telling stories about Poppy and Frankie, a blind girl rescued from a cruel father. Suddenly, Quinn is transformed into “The Voice of the Prairie,” a radio star. What follows may seem like it’s from a bygone era, though it soon becomes apparent that the radio was once as unregulated and as ripe for corruption as the internet is today.

Directed by Brad Moore with cast members Joshua Adamson, Delven Bourne, G. Thomas Cochran, Scott Elmore, Bostyn Elswick, Courtney Lindgren, Dayra Loya Palacios and Wyatt Tulk, “The Voice of the Prairie” will be performed live at the New Space Theatre at CMC Spring Valley at Glenwood Springs on Sept. 30, Oct. 1, Oct. 6-8, and Oct. 14-15 at 7 p.m. and Oct. 2 and Oct. 16 at 2 p.m. In addition, livestream performances on Oct. 2, 8 and 14, followed by post-show conversations with the cast, will be available throughout CMC’s district. Tickets are $20 for adults and $15 for seniors, students and CMC faculty and staff. Full-time CMC Spring Valley students are admitted at no charge, as part of their student activities fees.

The company has two more productions this season. “The One-Act Play that Goes Wrong,” by Henry Lewis, Jonathan Sayer and Henry Shields, is a hilarious play within a play. Directed by Moore, the production will be performed live from Nov. 18 through Dec. 4 at the New Space Theatre at CMC Spring Valley and in Aspen at the Wheeler Opera House on Jan. 27 and 28.

“Frankenstein, Monster or Man,” is an original musical by Los Angeles-based playwright and composer Carol Weiss, who will collaborate with Sopris Theatre Company’s actors to bring her production to life from April 7 to 23 at CMC Spring Valley and livestreamed. CMC’s annual Student Workshop Productions will wrap up the season on April 27 at CMC Spring Valley.