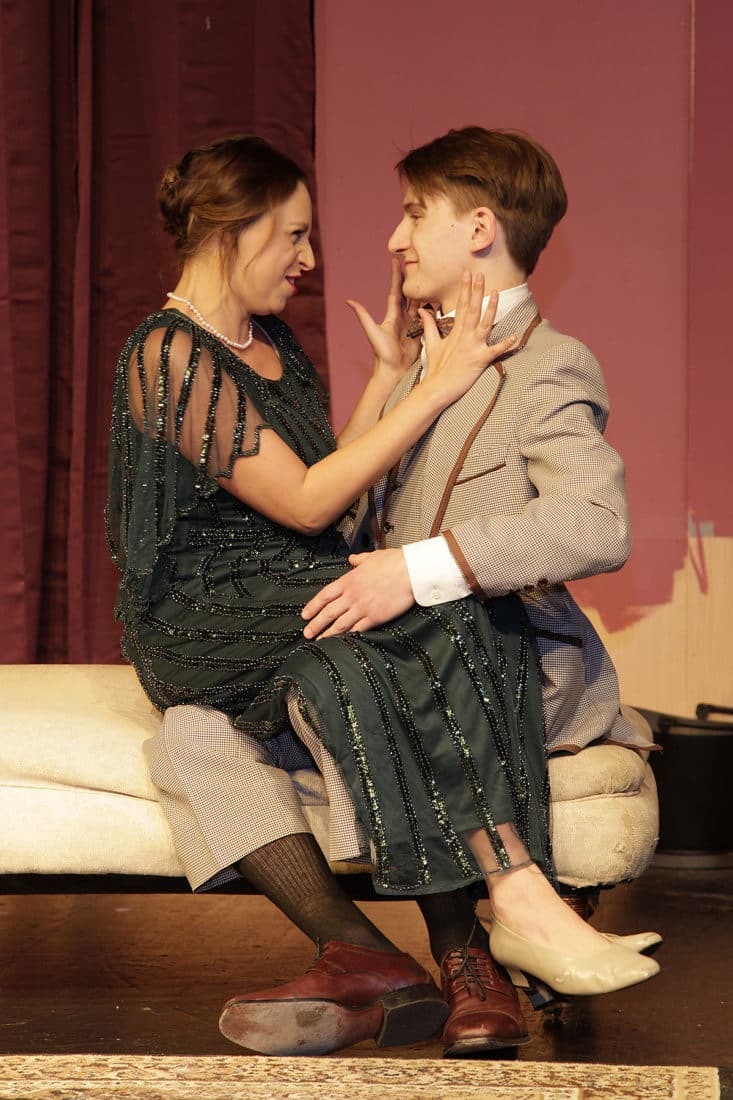 Sopris Theatre Company at Colorado Mountain College is offering up “The One-Act Play That Goes Wrong” by Henry Lewis, Jonathan Sayer and Henry Shields for its next production from Nov. 18 to Dec. 4 live at CMC Spring Valley.

From the British theatrical company Mischief, this play within a play features the opening night of the Cornley University Drama Society’s newest production, “The Murder at Haversham Manor,” where things are quickly going from bad to utterly disastrous. This 1920’s whodunit has everything you never wanted in a show – an unconscious leading lady, a corpse that can’t play dead and actors who trip over everything, including their lines. Part Monty Python, part Sherlock Holmes, this Olivier Award-winning comedy follows these accident-prone thespians as they battle against all odds to make it through to their final curtain call with hilarious consequences.

Directed by Brad Moore with cast members Joshua Adamson, Michael Banks, Delven Bourne, JD Edmonds, Bostyn Elswick, Scott Elmore, Wyatt Tulk and Julia Whalen, “The One-Act Play That Goes Wrong” will be performed live at the New Space Theatre at CMC Spring Valley at Glenwood Springs, 3000 County Road 114 on Nov. 18, 19, 25, 26, Dec. 2-3 at 7 p.m. and Nov. 20, 27 and Dec. 4 at 2 p.m. Running time is 65 minutes with no intermission. The show has haze/fog effects and simulated gunshots. Post-show conversations with the cast will be held on Nov. 20, 26 and Dec. 2.

Tickets are $20 for adults and $15 for seniors, students and CMC faculty and staff. Full-time CMC Spring Valley students are admitted at no charge as part of their student activities fees. To purchase season or individual tickets, visit Sopris Theatre Current Productions, buy tickets directly at The One-Act Play That Goes Wrong Tickets or call 970-947-8177 or contact svticketsales@coloradomtn.edu.

The company has two more productions this season. “The One-Act Play That Goes Wrong” will also be performed live at the Wheeler Opera House in Aspen on Jan. 27 and 28 at 7 p.m. And “Frankenstein, Monster or Man” is an original musical by Los Angeles-based playwright and composer Carol Weiss, who will collaborate with Sopris Theatre Company’s actors to bring her production to life from April 7 to 23 at CMC Spring Valley and livestreamed. CMC’s annual Student Workshop Productions will wrap up the season on April 27 at CMC Spring Valley.

Producers of "The One-Act Play That Goes Wrong" are Kelly and Jim Cleaver, and Heather Exby. Associate producers are Karen and Tom Cochran. Sopris Theatre Company’s season presenting sponsor is US Bank. For more information, call 970-947-8177.