The Grand Hogback: Living Life on the Edge 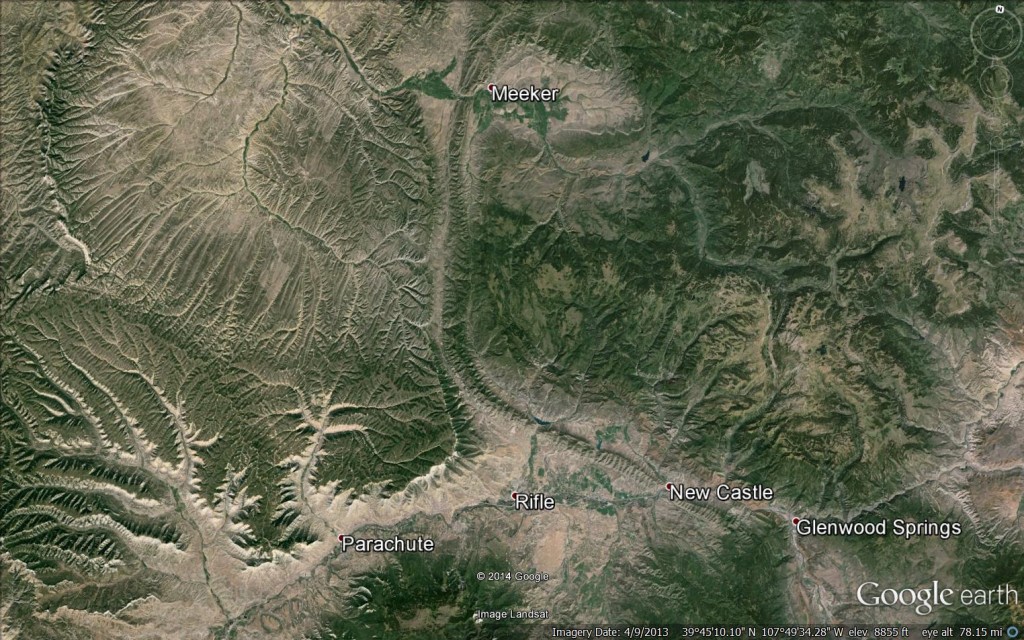 The Grand Hogback is a 90 mile-long ridge of resistant, inclined rock layers of the Mesaverde Formation. It is one of the longest and most continuous hogbacks in North America. Can you outline it on this map?

We live life on the edge. It's a common phrase we use to describe our lives in the Roaring Fork Valley. The rivers, creeks, and mountains create the perfect terrain for extreme skiers, mountain bikers and kayakers "living on the edge."

What many people don't realize is that we truly do live on "the edge" in the geological sense. Our Roaring Fork Valley is nestled near the boundary of two geologic provinces.

Look at the map above. To the west of the Grand Hogback is the smoother, gentler topography of the Colorado Plateau. It's characterized by mostly horizontal sedimentary layers eroded into plateaus, mesas and buttes.

Side view of the Hogback: If you're traveling west of Glenwood Springs along I-70, be sure to look for the tilted and resistant layers of sandstone (cliff-like), shale (slope-like), and coal (the red band) of the Mesaverde Group just west of New Castle where the Colorado River has eroded through the Grand Hogback. Photo: Ed Kosmicki.

The Grand Hogback's central ridgeline is crowned by a series of serrated peaks ranging in elevation from 7,710 feet to 9,196 feet. 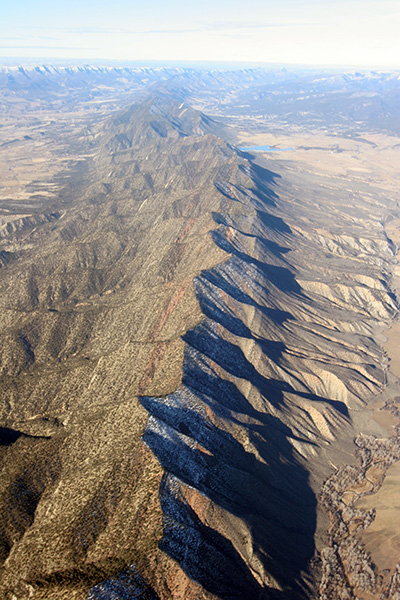 Imagine a beach. The Grand Hogback was formed as a result of an interior swampy seaway shoreline and delta 100 million years ago. Photo: Aron Ralston and the Wilderness Workshop.

Colorado Mountain College is located in 11 mountain towns and has more than 80 degree programs to choose from.