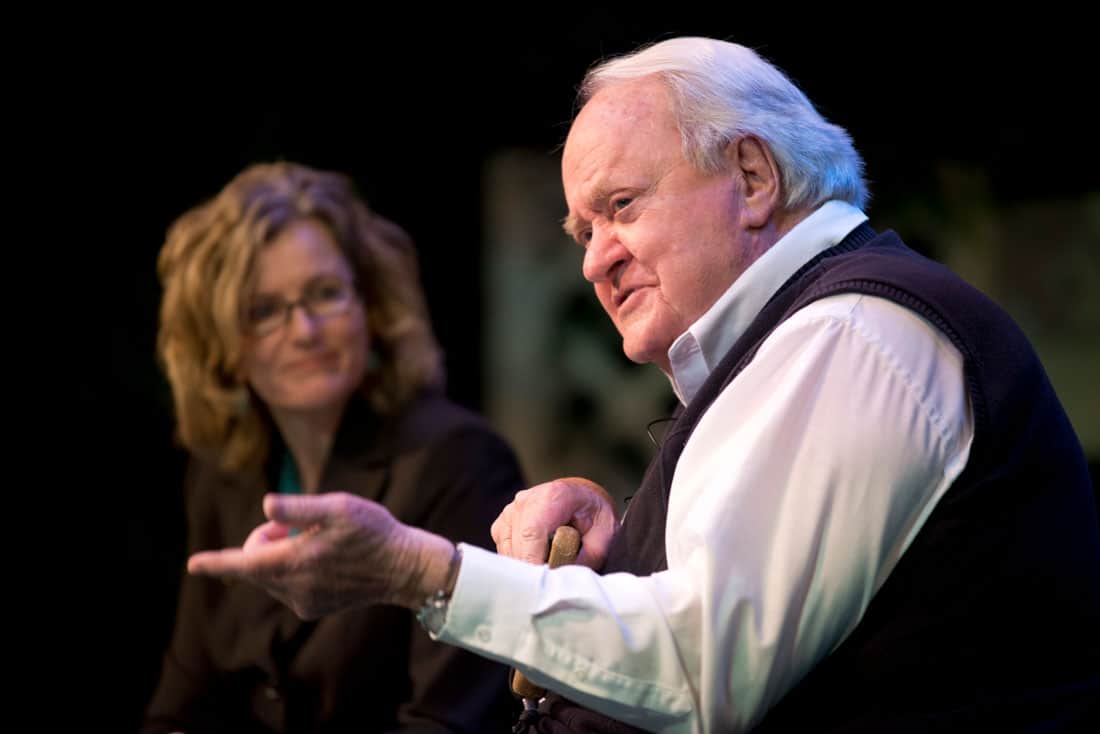 “They just don’t make people any better than Jim,” said Walter Isaacson. “He was not only a good person, he made everyone around him into a better person. You couldn’t help but want to be more like him.”

“It will be hard to imagine a world without Jim Calaway in it,” said Dr. Carrie Besnette Hauser, president and CEO of Colorado Mountain College. “Jim was such a force for generosity. He not only gave constantly of himself, he nudged and encouraged many other leaders within our community to live a philanthropic life. My heart goes out to his wife, Connie, to his sons and their families, and to the many friends he’s made over the years. He will be deeply missed.”

The valley’s arts, educational, health care, media and even four-legged communities will feel the loss of his guiding hand. He was a towering patron – physically and figuratively – of Colorado Animal Rescue (CARE), the Aspen Institute, Thunder River Theatre Company, the Sopris Sun, the Third Street Center, Valley View Hospital, Habitat for Humanity and many more local nonprofits and organizations. Calaway served on the executive committee of the Aspen Institute and he belonged to the Two Rivers Unitarian Universalist congregation of Carbondale. Jim and his wife Connie gave generously to the KIPP Foundation.

At Colorado Mountain College alone, Jim and Connie Calaway have impacted the lives of more than 100 students who’ve received the Calaway Scholarship. Both Jim and Connie Calaway have served on the CMC Foundation Board, of which Connie was the chair. He founded and has been chairman emeritus of the CMC Board of Overseers, a volunteer advisory board. He was instrumental in formation of the college’s Isaacson School for New Media.

In an article that Walter Isaacson and Hauser wrote for Philanthropy magazine in 2015, they noted that the sharecropper’s son fashioned himself into an oil tycoon, and then into a philanthropist for everyone. At about the age of 40, the trappings of success – fancy penthouses, private planes, sailboats, fast cars – lost their appeal to him. He realized that the more he gave away, the happier he was.

As the Philanthropy magazine profile said, “A lifetime member of the National Association for the Advancement of Colored People, Calaway also founded and served on the executive committee of Houston’s chapter of the American Civil Liberties Union and as treasurer of its national parent organization. Having chaired the 1988 Presidential and Democratic Party Victory Fund, his support of the party resulted in two presidential appointments and firmly rooted him as a lifelong, self-described ‘blue collar yellow dog Democrat.’”

In the early 1970s, Calaway was introduced to the Aspen Institute by former U.S. Senator Mike Gravel. His fascination with the institute brought him to Aspen, where he met and married Connie Hill, a classical singer who had studied at the Aspen Music Festival and School. He went on to join the board of the Aspen Institute, serving alongside numerous leaders of industry and government. As founder of the institute’s Lifetime Trustees group, he led his colleagues deep into the world of philanthropy.

“It won’t be the same valley without Jim,” said Hauser.

Based on the depth and breadth of his impact, there are countless others who are feeling the same way.