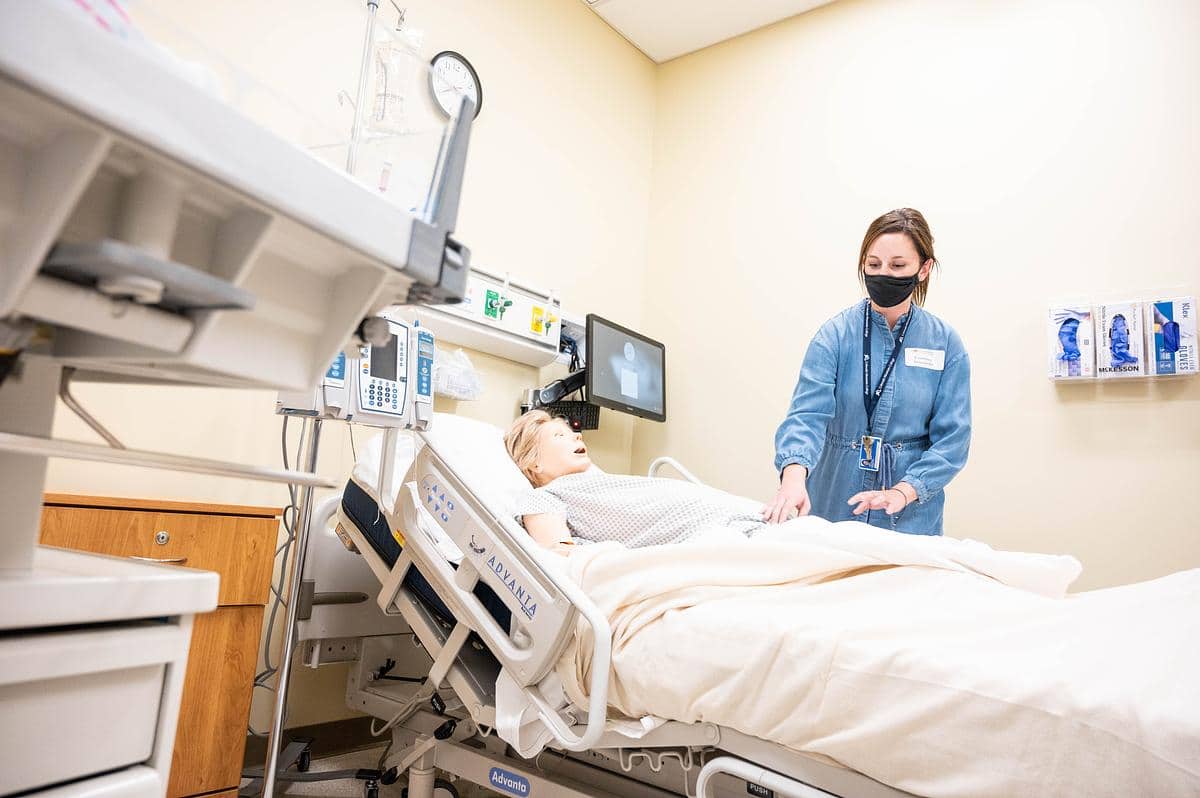 This story appeared in the Steamboat Pilot & Today on August 30, 2021

Vernon Watkins wasn’t doing so well, evident by the hospital bed he was in. He has a line of stitches in his abdomen from surgery, and when nurse Mikaelyn Sullivan checks them, he can’t help but cry out in pain.

While Sullivan, a nursing professor, has his recovery on track, Watkins won’t be leaving the recreated hospital suite at Colorado Mountain College Steamboat Springs Campus anytime soon. Rather than a patient, Watkins is the teaching tool at the heart of three planned nursing simulation labs, the first of which opened last week in Steamboat.

The state-of-the-art lab on the Steamboat campus is built out like to look like several rooms in a hospital nursing suite, with high-tech patients that have vital signs, can tell students where their pain is and can be programmed for various medical scenarios.

“It allows the opportunities in our rural community,” professor Courtney Smazikski said. “We sometimes have more limited experiences for students here just because we don’t see as much.”

Nursing students are allowed to complete as much as half of their clinical hours in a simulation lab like the one now open in Steamboat, which can be crucial in mountain towns as clinical hours in smaller hospitals can be limited. Read the full story