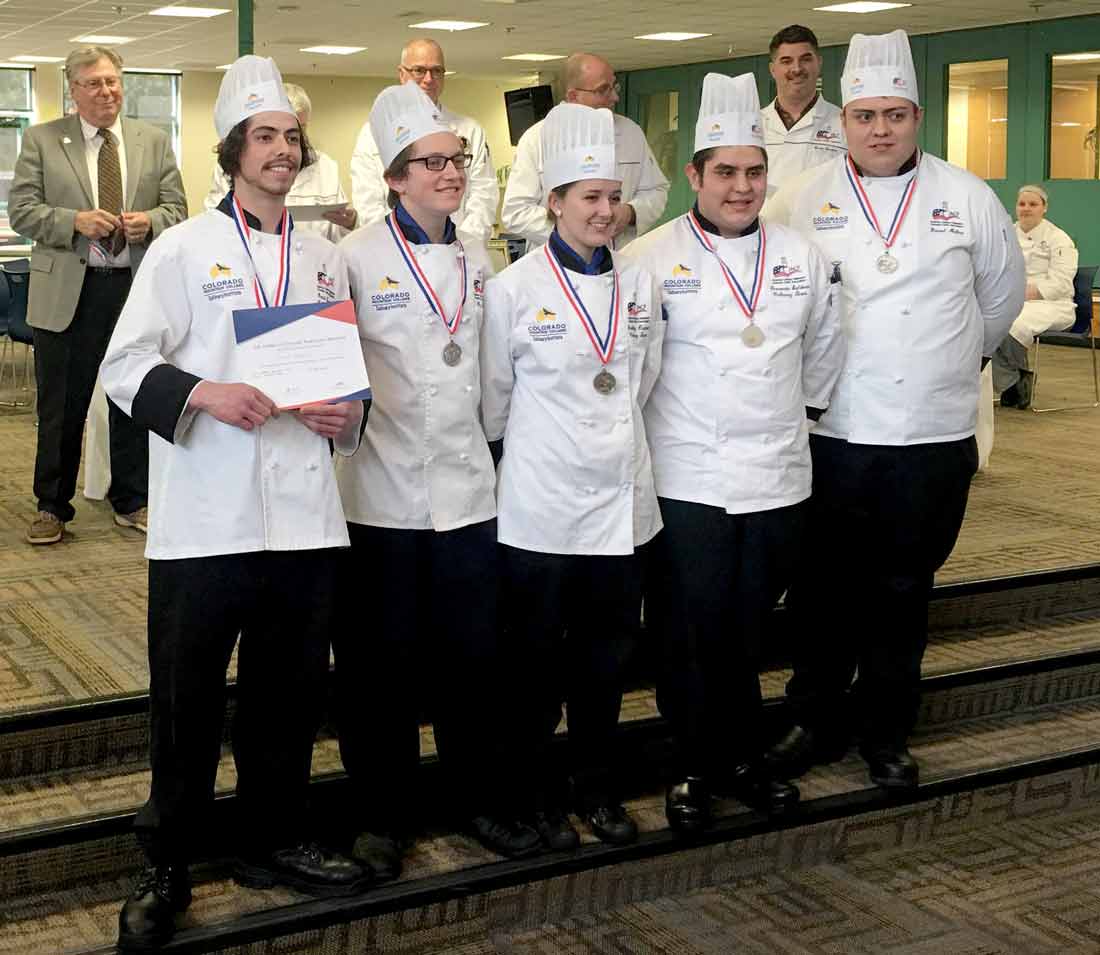 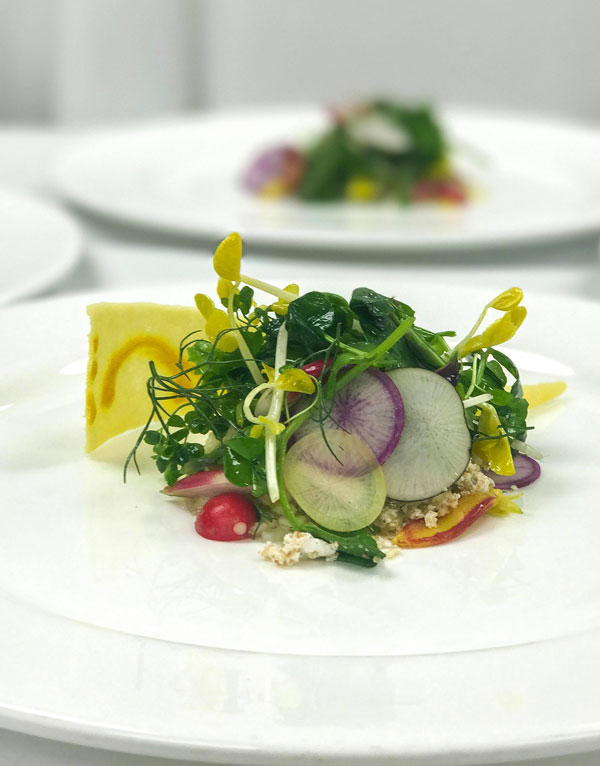 Over the two-day competition, the team competed in a basic skills relay where four of the team members are randomly selected to execute a series of basic culinary techniques such as knife cuts and cutting a whole chicken into pieces to be used for different recipes. The second phase of the competition consist of producing four portions of a signature menu in 1.5 hours.

The team is given one required course by the national competition committee that all the teams must produce. The teams also develop three other courses. This year's required menu item was oeuffs a la neige (Snow Eggs) - poached meringue served with vanilla custard sauce. The team would like to send a special thanks to The Seattle Fish Company and Red Bird Farms Chicken for their sponsorship of the team.

The team earned the privilege of representing Colorado in the region competition by winning the state competition, held at the CMC Breckenridge Campus in December. CMC Culinary Institute team holds back-to-back state championships.

What's happening in Denver, the third hottest food city in 2016 according to Zagat?

Culinary alumni Elan Wenzel (1998) is part of FIVE, a collaborative program gathering five top Colorado chefs. The team works together to serve a spectacular annual meal at the James Beard House and other events.

Mezzaluna, owned and operated by graduates Eric and Sara Watson, was named one of the best places to eat in Fargo by Condé Nast Traveler and voted No. 1 restaurant in North Dakota by OpenTable.