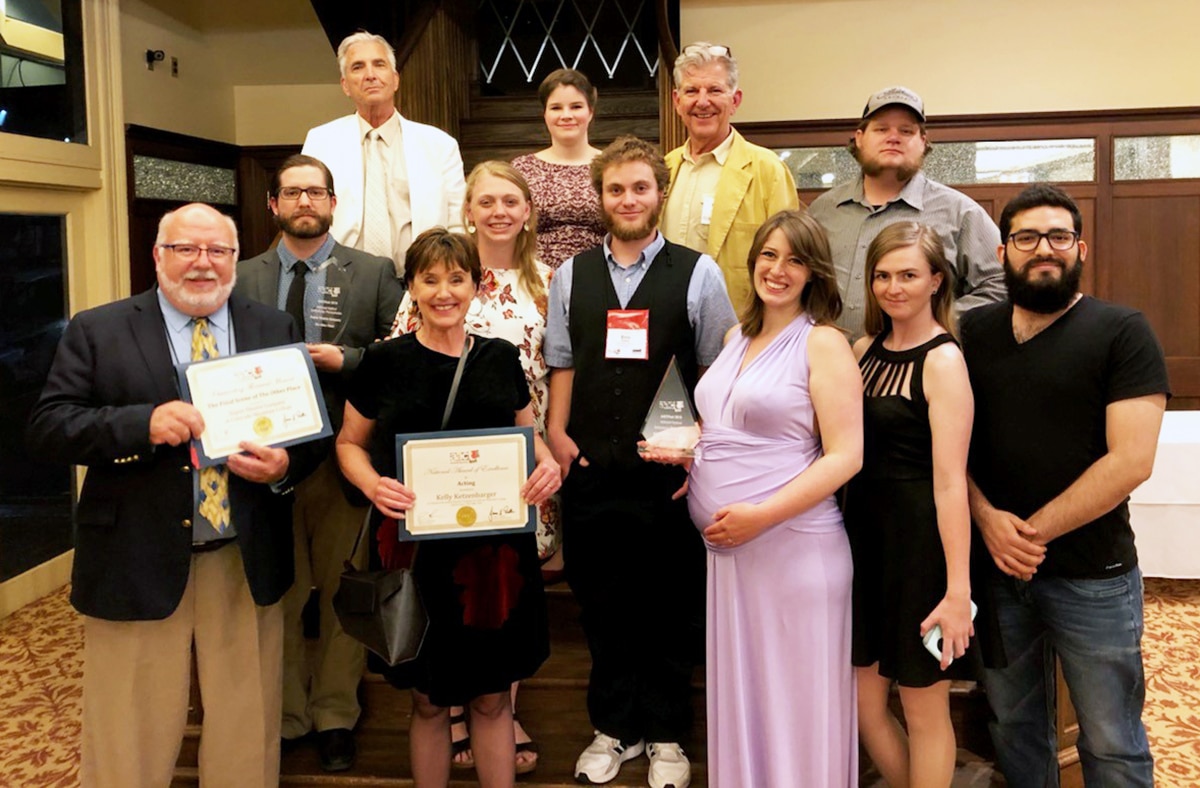 Sopris Theatre Company at Colorado Mountain College recently went on the road to discover that they are producing some of the best community theater in the country right here, for Roaring Fork Valley audiences.

The company returned in June from AACTFest 2019, the biannual American Association of Community Theatre competition, held this year in Gettysburg, Pennsylvania. At this national festival they performed Sharr White’s one-act drama “The Other Place,” alongside 11 other top community theater companies from the across the United States and the U.S. military overseas.

Sopris Theatre’s cast and crew also received a National Award of Excellence for Outstanding Theatrical Moment for the final scene of “The Other Place.”

“We are very proud of our awards and to have ranked in the top few for outstanding overall production,” said Moore.

Long road to ‘The Other Place’

Sopris Theatre Company’s strong performance in Salida allowed them to compete at the AACTFest 2019 in Gettysburg, joining award-winning companies from 10 regions throughout the U.S. and Europe.

Last fall, the company performed “The Other Place” at CMC Spring Valley, in the same format as when presenting the play for theatrical competition. And last winter the cast and crew presented the play at the Wheeler Opera House.

Both the Colorado Theatre Festival and AACTFest competitions judge every aspect of a performance, from acting to set design. Within a strict time frame, competing theater companies must set up their stage in front of the judges and audience, perform the production and strike the set – and all while being intensely critiqued. 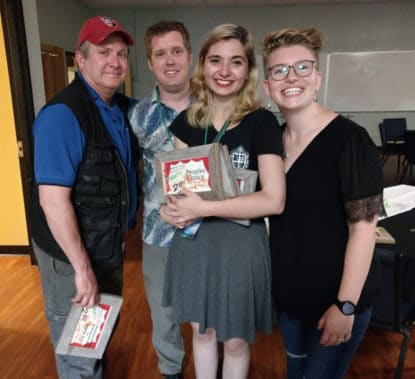 Former Sopris Theatre Company members who are now with the Magic Circle Players in Montrose also received awards for their production of “Sylvia.” Jaime Walsh and Chris Walsh both received Excellence in Theatre for Acting awards, and the Magic Circle Players won the Excellence in Theatre for Ensemble Costuming and the People’s Choice award. All four of these award winners are recent theater graduates of Colorado Mountain College.

Sopris Theatre Company also won the Techtinabulation award, a word not found in the dictionary but one that Moore describes as a high compliment.

“I am proud of this award as it is awarded by the festival stage manager at her discretion to a theater for which the company, and most significantly the crew, demonstrates the true spirit of cooperation and a sense of knowing their craft,” Moore explained. “In other words, a joy to have in the festival.”

Sopris Theatre Company will open its 2019-20 season Oct. 18-27 with “Hope and Gravity” by Michael Hollinger. Directed by Brad Moore, it’s a comic and tragic play about how lives are affected after an elevator crashes in a major city. For information, including season tickets and more, contact Moore at 970-947-8187 or bmoore@coloradomtn.edu. 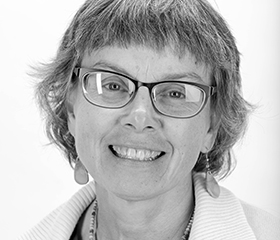 Christie Smith has taught Composition, Literature, and Humanities at CMC since 2009.

Her BA in English is from Tufts University in Medford, Mass; her MA and Ph.D. in American Studies are from University of Denver. The focus of her academic study is western American Literature, with a Master’s thesis on Nebraska writer Willa Cather, and her Ph.D. dissertation and subsequent book on turn-of-the-20th-century western writer and illustrator Mary Hallock Foote. She recently turned her attention to American journalist and writer Sanora Babb, 1907-2005, co-editing the first book of scholarly essays on her and writing a chapter for that text. It’s from the University of Oklahoma Press, 2021.

Christie enjoys demonstrating to students—in Humanities and Lit classes, as well as in Composition classes—that the great ideas in history and culture have importance now, even as newer generations take knowledge and values from the past and make the world anew according to their own concerns and needs.

Christie lives in Carbondale and enjoys biking, hiking, camping, traveling as much as possible, and dinner parties.

Social Class in the Writings of Mary Hallock Foote, by Christine Hill Smith 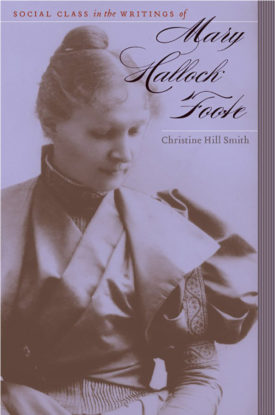 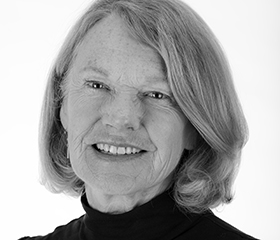 
A regular director in the theatre season, Sue’s directed plays include I Love You, You’re Perfect, Now Change; Tongue of a Bird; and Confession of Faith. Sue’s book Women and Comedy explores the social impact of women stand ups, and Trials and Errors, is a play made up of dialogues for English learners about the first year if life in the USA. Sue trained in theatre with an MFA (Brandeis University), a Ph.D. (CU Boulder) and an M.A. (University College, Dublin).

As a teacher and director of theatre at Colorado Rocky Mountain School, Kent Denver School, and Bozeman Senior High School, Sue launched many young people into theatre careers. The Association of Colorado Theatre honored her with the award of Theatre Teacher of the Year. In 2010 Sue was named Adjunct Teacher of the Year at CMC Spring Valley. Sue teaches English in the CMC ESL program. 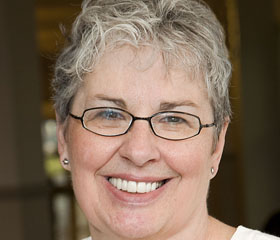 Wendy S. Moore has been involved in both education and theatre for over thirty-five years. With a B.S. in Speech and an M.A.-Type D in Educational Administration, Wendy enjoyed several decades in the classroom as an English and theatre teacher.  In 1987 she moved from the classroom to administration. Wendy retired in 2005 as Principal of Roaring Fork High School in Carbondale.

Awards have included Colorado Teacher of the Year (Special Recognition), Best Director seven times (CCTC), Best Director twice (AACT Region 7). In 1998, her production of The Complete Works of Wm. Shakespeare (abridged) was chosen to perform at in International Festival in Thun, Switzerland. 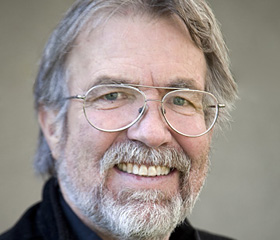 
Thomas Cochran is a graduate of The University of California at Berkeley (BA in Theater Arts) and Florida State University (MFA in Theatre Directing). Tom has been a faculty member at Colorado Mountain College for 27 years and director of CMC Theatre for 20 years before retiring from full-time work in 2007.

He has directed, acted and designed for educational, community and professional theaters in California, Florida and Colorado. He has was honored as CMC Faculty Member of the Year for 1990-91 and has received awards for acting and community service. 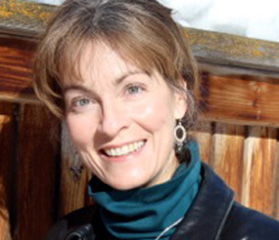 Kristin Carlson is a poet, playwright and essayist with recent work appearing in The Asheville Review, Shark Reef Literary Magazine and Writer’s Digest Magazine.  She has recently completed her first novel, The Barn Keeper’s Son, represented by Sterling Lord Literistic.

Her plays have been selected for the Playwrights Showcase of the Western Region and performed in venues including:  The Wheeler Opera House in Aspen, The Oracle Theatre in Chicago, The Tarkington Center in Carmel, IN, Thunder River Theatre in Carbondale, CO, the Black Box Theatre in Aspen, the New Space Theatre at Colorado Mountain College, and the Pease River Playhouse in Quanah, TX.  Her short play, “The Interview,” was a semi-finalist in the Minnesota Shorts competition.

Carlson is a Phi Beta Kappa, Bronze Tablet graduate of the University of Illinois and holds a Master of Arts in Performance Studies from the University of North Carolina, Chapel Hill.  She is currently a teaching artist in residence for the state of Colorado and has served as a playwright in the schools with Julia Hansen’s Theatre Masters program.