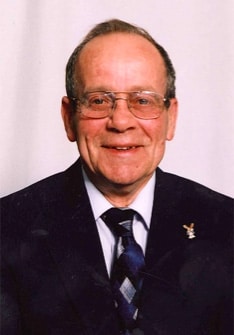 Saed Tayyara, who was honored posthumously, was nominated by classmate and alumni board member Charlie Eckstrom. Eckstrom said, “I believe Saed is worthy of being a member of the inaugural CMC Alumni Hall of Fame because he truly lived the American Dream, thanks in part to Lucile Bogue.”

Bogue, founder of Yampa Valley College, which became Colorado Alpine College and then CMC’s Steamboat Springs campus in 1981, took Tayyara under her wing. “All I want is a chance to make a difference,” he told her.

Tayyara emigrated from Syria in 1963 to escape political persecution, becoming an American citizen in 1972. In 1965 he moved to Steamboat Springs, where he attended Yampa Valley College.

After graduating, Tayyara forged a political and entrepreneurial career that spanned periods of boom and bust in Moffat County until his death in 2008.

Tayyara achieved many noteworthy accomplishments. He opened the Red Stone Hotel and Tartus Restaurant in Hayden; opened Kentucky Fried Chicken in Craig; served three terms as Craig mayor and two terms as Moffat County commissioner; served on the Club 20 board of directors and executive committee; established the Lucile Bogue/Saed Tayyara Scholarship for Colorado Northwestern Community College; and received the Daughters of the American Revolution Americanism Medal.