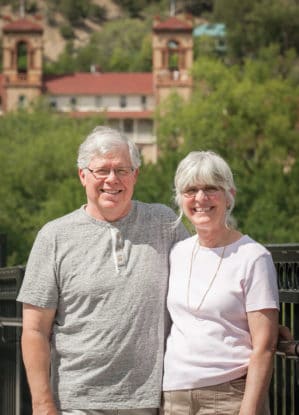 Sharon and Bob Pennington had been giving Colorado Mountain College a donation for a scholarship each year in remembrance of their late son Jason when they realized their gift could continue on in perpetuity. The Jason Pennington Second Chance Scholarship is now part of the college’s Davenport Legacy Society. Jason was 15 years old when he passed away, though his parents believe that he would have wanted to attend CMC, possibly because of his interest in a law enforcement career.

“Because our son struggled in school, we felt like we wanted to help kids or older people who maybe don’t have a strong academic background, but who really know the value of an education,” said Sharon. “We’re trying to turn a sad situation into a positive one. Something told us to do this. We like to think it was Jason.”