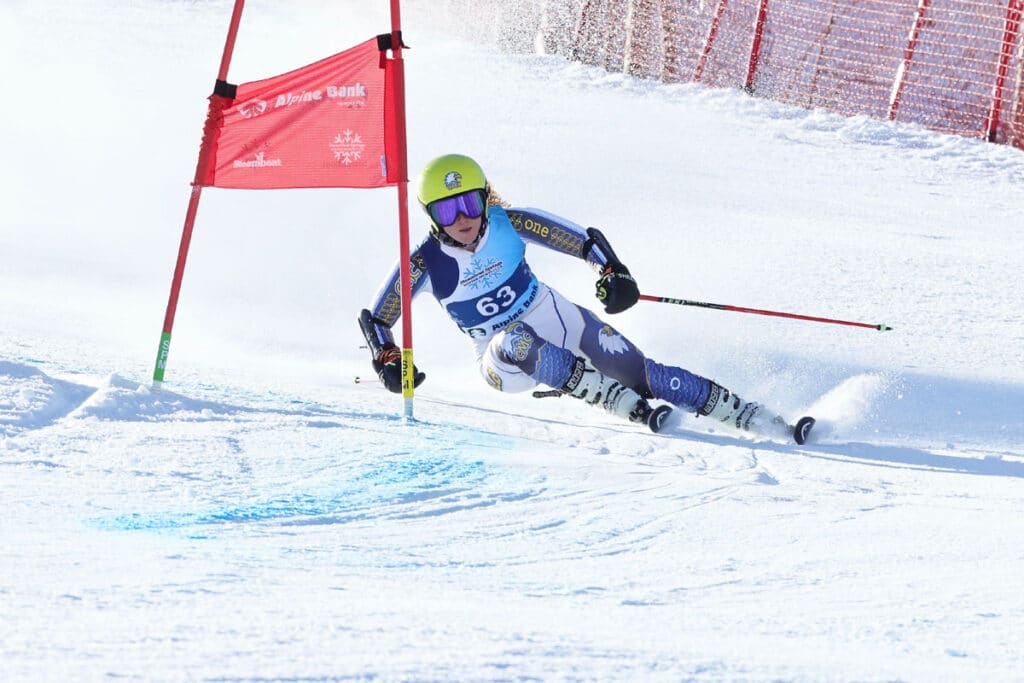 Mary Kate Hackworthy of Steamboat Springs is one of 10 members of the Colorado Mountain College 2020-21 Alpine Ski Team. Based at CMC Steamboat Springs, the team is looking forward to competitive Division 1 racing.

As hundreds of the world’s top alpine ski racers from the United States, Europe, New Zealand and beyond have descended on Copper Mountain for pre-season training during the last month, members of the Colorado Mountain College Alpine Ski Team have been training right alongside them.

“At Copper, we’re training with the whole world,” said Tanner of the college’s coed team. “We have some new blood, and our whole group is super motivated; I’m really happy with the team.”

Tanner became CMC’s head coach in 2018, with a focus on enlisting athletes such as Mary Kate Hackworthy from Steamboat Springs as well as William Cashmore from Auckland, New Zealand and Sergi Piguillem from Barcelona, Spain.

For the coming season, Tanner said to keep a close watch on freshman Ainsley Profitt from St. Louis, who joined the team this year.

“Ainsley’s No. 1 goal is to make it to World Cup,” Tanner said. “Right now, she’s 200th in the world, and she has a lot to offer. In Steamboat, she’s getting the best training she can while she begins her college education.”

Jack Reich of Denver, who comes to the team from Steamboat Mountain School and Ski Club Vail, is another one to watch. “We’re expecting big things out of Jack.”

Matt Macaluso of Vail has a familiar last name to CMC cross-country team followers, since his brother Jason Macaluso is a consistently top 8K finisher. So why have the Macalusos chosen to attend Colorado Mountain College?

“For me, the atmosphere and the small class sizes work well,” Macaluso said. “Plus, CMC Steamboat has the closest campus to a ski area. Our access to skiing and training is right next door.”

“Matt is a strong skier and has been right on the cusp of earning a spot on the U.S. Ski Team,” said Tanner. “He was racing all over the world in slalom, GS and super G, but he’s had some pretty major injuries.”

Macaluso suffered an ACL and torn meniscus combo while racing at Aspen Highlands in 2018 and developed chronic patellar tendonitis and other issues. Still, both he and Profitt qualified for the World University Games in Switzerland in December. Macaluso decided to skip Switzerland this year to continue rehabilitating his injury. Now he’s back in the gym five days a week, with the goal of being healthy enough to race without pain.

“I recently started getting back on the hill,” Macaluso said. “Now we’re building a good team dynamic going into the season. Our bonding is helping us build a strong foundation.”

Tanner said the team has been building during the last three years, and as coach he’s working to continue that growth. “Initially, it wasn’t easy to attract the caliber of racers we have, but it’s a different story now,” Tanner said. “I have friends who coach at the U.S. Ski Team, and they’re telling me, ‘Whoa, what’s going on over there?’ The word’s getting out.”

Tanner added that support from the college has added the encouragement the team needs.

“All of us really appreciate that both the Steamboat campus and central administration sees we are working super hard to turn this team around. We appreciate the support.”

For the team’s racing schedule and more, visit coloradomtn.edu/alpine-ski-team/.