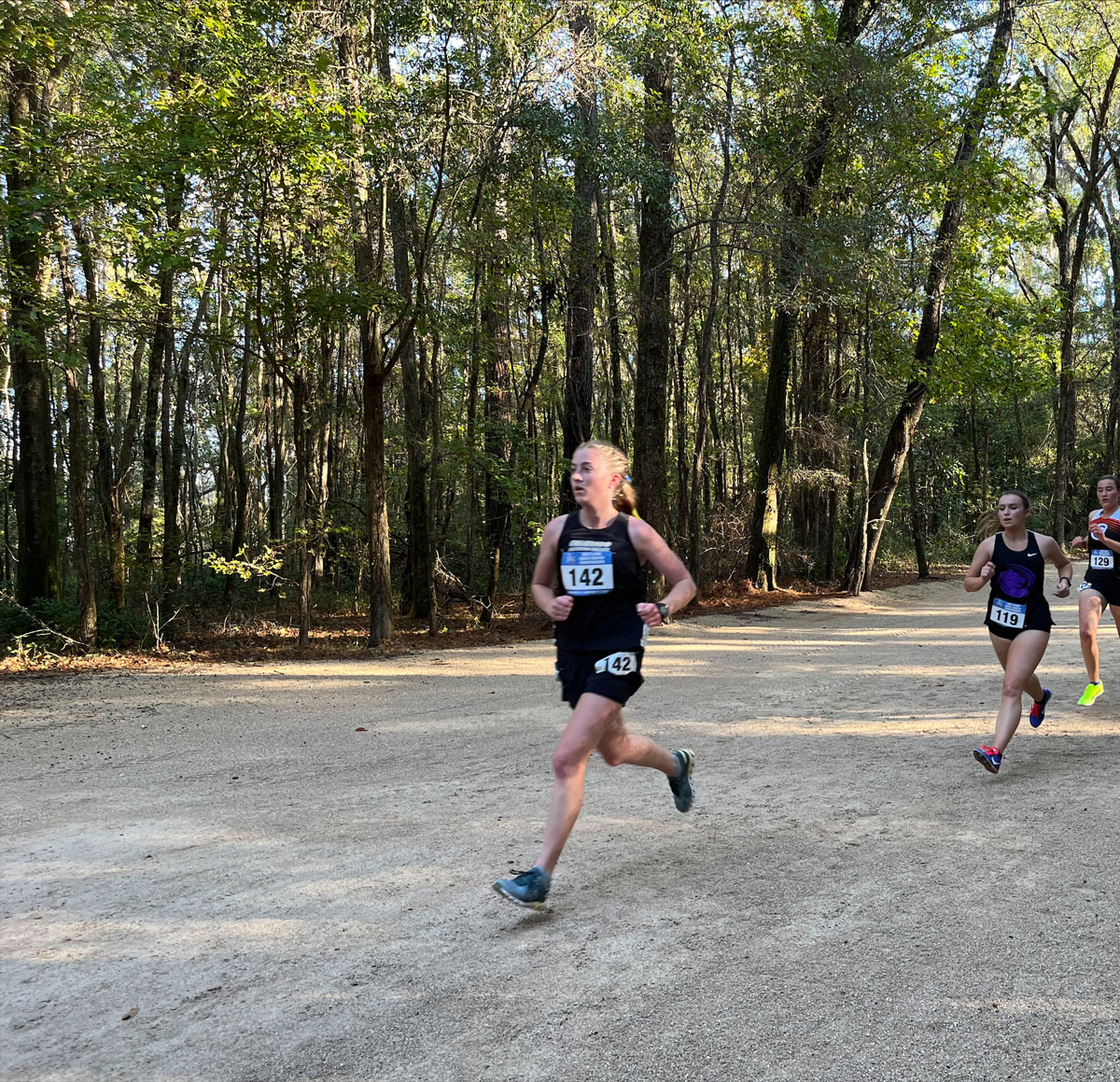 Abby Hagen traveled to the Division 1 NJCAA National Championships on Nov. 12 in Tallahassee, Florida with her teammates from CMC's cross-country team. Hagen clocked the fastest time among the CMC women runners with a time of 23:09:07 in the 5K.

The Colorado Mountain College Eagles men's and women's cross-country team wrapped up its fourth season at the Division 1 NJCAA National Championships on Nov. 12 at Apalachee Regional Park on the Florida Panhandle in southeastern Tallahassee, Florida.

The multi-use park features one of the nation's few sites designed for cross-country running.

The team flew into Pensacola, Florida and made a three-hour trek east to Tallahassee Nov. 10. The group rose early Friday, tested the course and attended the national championship banquet that night at Florida State University.

Head coach Darren Brungardt said the course was surprisingly hilly and temperatures were steamy. They ranged from 70° at the start of the women's race to almost 80° for the men two hours later. Humidity was high after Tropical Storm Nicole passed through two days earlier.

The men finished with three personal records led by Ben Lague of Buena Vista. He ran 30:34.4, good for 137th place.

"He competed so hard in a very fast field," Brungardt added.

Korben Long of Silverthorne "ran out of his mind," Brungardt said, and beat his previous personal best time by three minutes. His 32:21.1 put him in 169th place.

For the women's team, Abby Hagen ran her last cross-country meet in an Eagles uniform and finished 131st in a time of 23:09.7.

Due to injury and illnesses, the women's team didn't score since they didn't have a fifth woman.

"It was a great way to wrap up the season," Brungardt said of competing in the championship races. "I'm so proud of this team overcoming adversity and pushing themselves to personal greatness."

The team will rest for a few weeks before training for track in the spring.