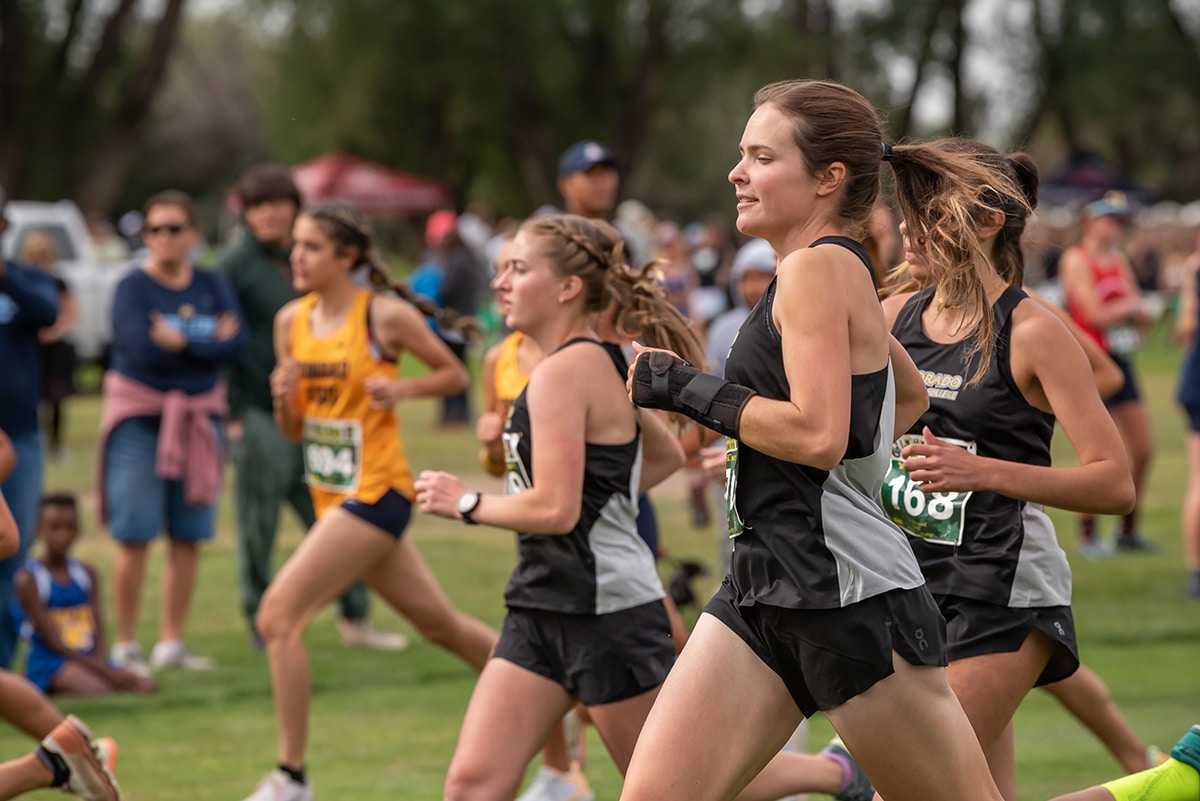 From left, Abby Hagen, Anne Mawhinney and (behind Mawhinney) Anais Garcia running in the 5K at the Joe Vigil Open sponsored by Adams State University on Sept. 10. Photo by Matt Lit

ALAMOSA — The Colorado Mountain College Eagles men's and women's cross-country team opened its fourth season with a four-team meet in Alamosa on Sept. 10.

With what Eagles head coach Darren Brungardt called "perfect cross-country weather" of cool 50s and 60s, the men raced in an 8K around the flat and fast golf course.

Adams State won the meet with a near-perfect score of 16 points. Trinidad State was second with 79, Fort Lewis third with 105, and CMC fourth at 137.

Brungardt noted the men's team were all first-year runners, so they all ran personal best times.

Harrison Fries-Levy was the team's top runner, finishing 40th overall at 29:00.08. That placed him seventh in CMC history.

"I really loved how the men worked together and rallied at the end," Brungardt said. "This team is young and has an exciting future."

He added the women ran without two runners who had classes but still performed well.

Abby Hagen led the women with a 27th overall finish and a time of 23:01.3. She was followed by Anne Mawhinney, in her first-ever cross-country meet, in 34th. Her time of 24:59.3 was her fastest-ever 5K on road, track or grass. That placed her eighth in CMC women's cross-country history.

The Eagles' next meet is Saturday, Sept. 24, at the CMC Leadville campus against Central Wyoming College. Women race their 5K at 9 a.m., and men run their 8K at 9:45 a.m. Community members are encouraged to race with the teams for $20. Registration happens at the meet.

The National Junior College Athletic Association sanctions the CMC team, which competes against colleges of similar size in the Wyoming, Colorado and western Nebraska region.