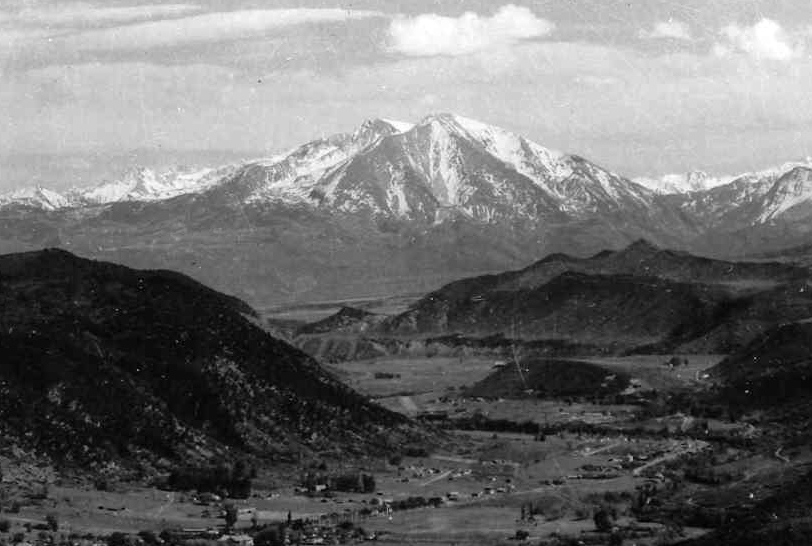 “The history of a state is best told in the biographies of its citizens.” – biography of Richard Sopris, Portrait and Biographical Record, 1899.

Richard Sopris had constructed canals, piloted a riverboat and built a railroad before coming to the Kansas Territory to look for gold.

Sopris and 14 other prospectors left Denver July 1, 1860 on an expedition to discover gold west of the Continental Divide. They traveled to South Park to what is today the town of Breckenridge, down the Blue River to the Eagle River and then over to what would become the Roaring Fork Valley.

Once Sopris’ party reached the Roaring Fork Valley, they were treated to the sight of a magnificent 12,953-foot mountain. The discovery so awed the prospectors that they named the mountain “Sopris Peak,” in honor of their expedition’s leader.

The expedition followed the Roaring Fork River to the Grand (Colorado) River to the site of what would become Glenwood Springs. They marked their presence by inscribing on a pine tree, “These springs were discovered on July 23, 1860, by Captain Sopris and a party of prospectors.” Three months later, the party returned to Denver, without gold, but with enough information to aid in preparation of the first map of Colorado.

Sopris later served in the Civil War, was a delegate to Colorado’s first constitutional convention, was elected mayor of Denver, and developed Denver’s City Park.