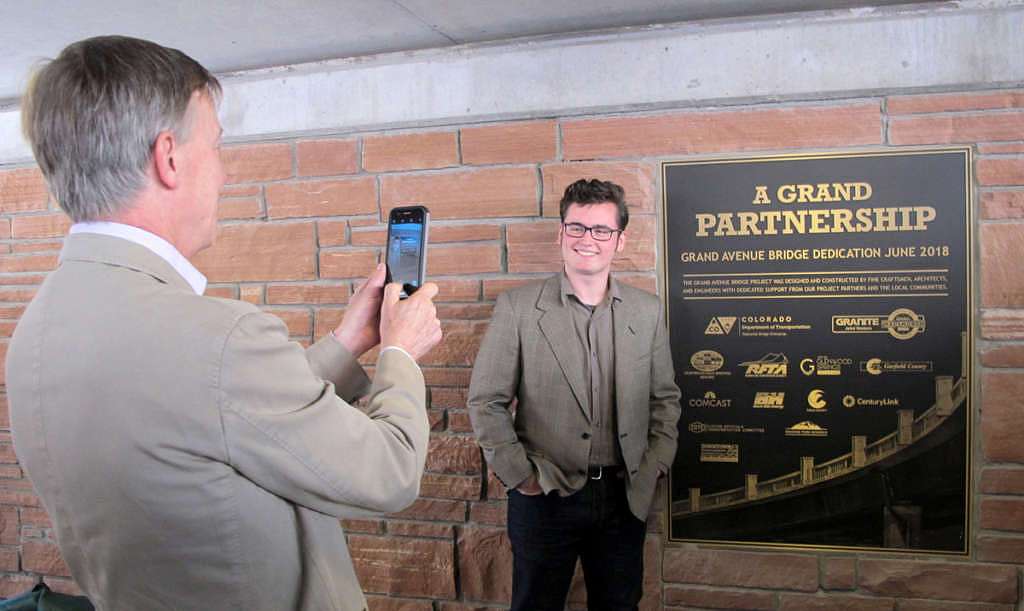 Antonio Tavoletti has just completed his first year in the professional photography program at Colorado Mountain College’s Isaacson School for Communication, Arts and Media. So far, it looks like he’s picked the right major.

Earlier in the year, Tavoletti’s photography professor, Derek Johnston, was impressed by a series of photographs the student was working on, of Glenwood Springs’ emerging bridge as it was being constructed.

“My goal,” wrote Tavoletti in his artist’s statement, “was to create images that isolate the bridge from all other surroundings and focus purely on the architectural mastery.” 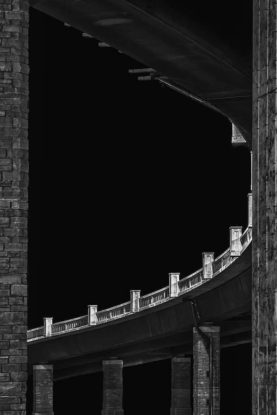 Johnston showed Tavoletti’s bridge work to Tracy Trulove, Colorado Department of Transportation’s Region 3 communications manager. CDOT was so impressed with the photographs, they asked to feature one of the student’s images on a large commemorative plaque permanently installed under the bridge at the Seventh Street plaza.

It doesn’t end there. At the bridge’s official dedication on June 22, Tavoletti was treated like a dignitary. Trulove invited him on stage where he received a round of applause for his bridge photography.

Then, he not only met and was photographed with Colorado Gov. John Hickenlooper at the ceremony, but the governor turned the tables and took Tavoletti’s photo standing in front of the plaque featuring the student’s bridge image.

To cap it off, from now through July 15, the Glenwood Springs Visitor Center, in the lobby of Colorado Mountain College’s central administrative offices at Eighth and Grand Avenue, is exhibiting several of Tavoletti’s bridge photographs.

Called “A Beautiful Span,” the exhibit showcases some of Tavoletti’s unique photos of the bridge. The exhibit is on view in the lobby at 802 Grand Ave., Glenwood Springs, from 8 a.m. to 6 p.m. Monday through Friday, and 10 a.m. to 4 p.m. Saturday and Sunday, through July 15. Call the visitor center at 970-945-6580 for more information.