ASPEN - Two Roaring Fork Valley students who will attend Colorado Mountain College this fall were recently given a rare opportunity to participate in an Aspen Institute symposium about an alarming trend. “The Rise of Hate,” held July 18-20, explored the history and underlying causes of hate, and the increasing incidents of hate crimes, intolerance and hate speech.

Invited to attend the forum were Anthony Rodriguez-Moore and Lilian Mixco, who recently graduated from Glenwood Springs and Basalt high schools, respectively. Each student has been awarded an Alpine Bank Latino/Hispanic Scholarship that covers two years of tuition, books and fees at Colorado Mountain College. 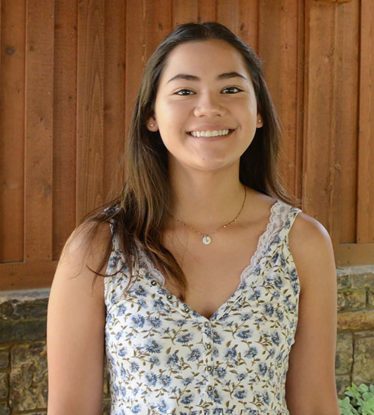 The Aspen Institute invited incoming CMC student and Alpine Bank Scholar Lilian Mixco to participate in its symposium, “The Rise of Hate,” which explored the history and increasing occurrence of hate crimes and hate speech. Photo Phil Dunn

The two students joined a roundtable discussion among participants from the Aspen Institute’s Society of Fellows, a national group that supports the institute and its programs.

The students said they’d never before been to anything like the symposium, which required them to read in advance more than 200 pages of material about white supremacists and the history and psychology of hate, as well as to complete a pre-evaluation questionnaire to help the moderators guide discussions.

One of the expert moderators was Jonathan Greenblatt, CEO and national director of the Anti-Defamation League, whom Rodriguez-Moore met at the symposium.

“It was top shelf,” said Rodriguez-Moore. “I want to be a civil rights attorney. Being part of this symposium further drives me to want do this kind of work.”

They also met Tony McAleer, a former organizer of a neo-Nazi group, the White Aryan Resistance. Today, through Life After Hate, he’s helping people involved in any hate group to get out of the group and turn their lives around to embrace all humanity.

At the symposium Mixco, who was born in Aspen, told participants that she has been bullied on social media because of her ethnicity and has had hate speech directed at herself and her family. She said listening to McAleer talk about how he became a supremacist and later, how he stopped, was enlightening.

“When his family fell apart, he sought power,” she said. “He needed power in numbers. It was only when he had his own child, his little girl, that he changed. He had a human in his hands he was in charge of. He had to step back.” 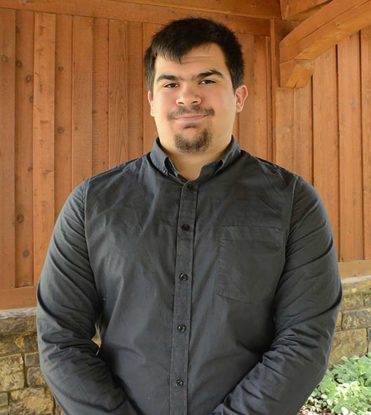 Rodriguez-Moore said he learned that people who have so much hate towards others tend to think the world is against them. “They think it’s a big conspiracy, since they think they’re the center of the universe,” he said. “Based on my experience, hate isn’t really a natural trait. It seems like people who hate or do hateful actions aren’t using their own voice. They’re molded and brainwashed.”

Both students said they believe reaching children can help alleviate the rise of hate.

“One major point we talked about is intervening during the early stages of development,” said Rodriguez-Moore.

“We need to start at schools,” said Mixco. “Having diversity clubs, teaching kids about different cultures. Why are all these people fleeing their countries to start new lives? We need to study history.”